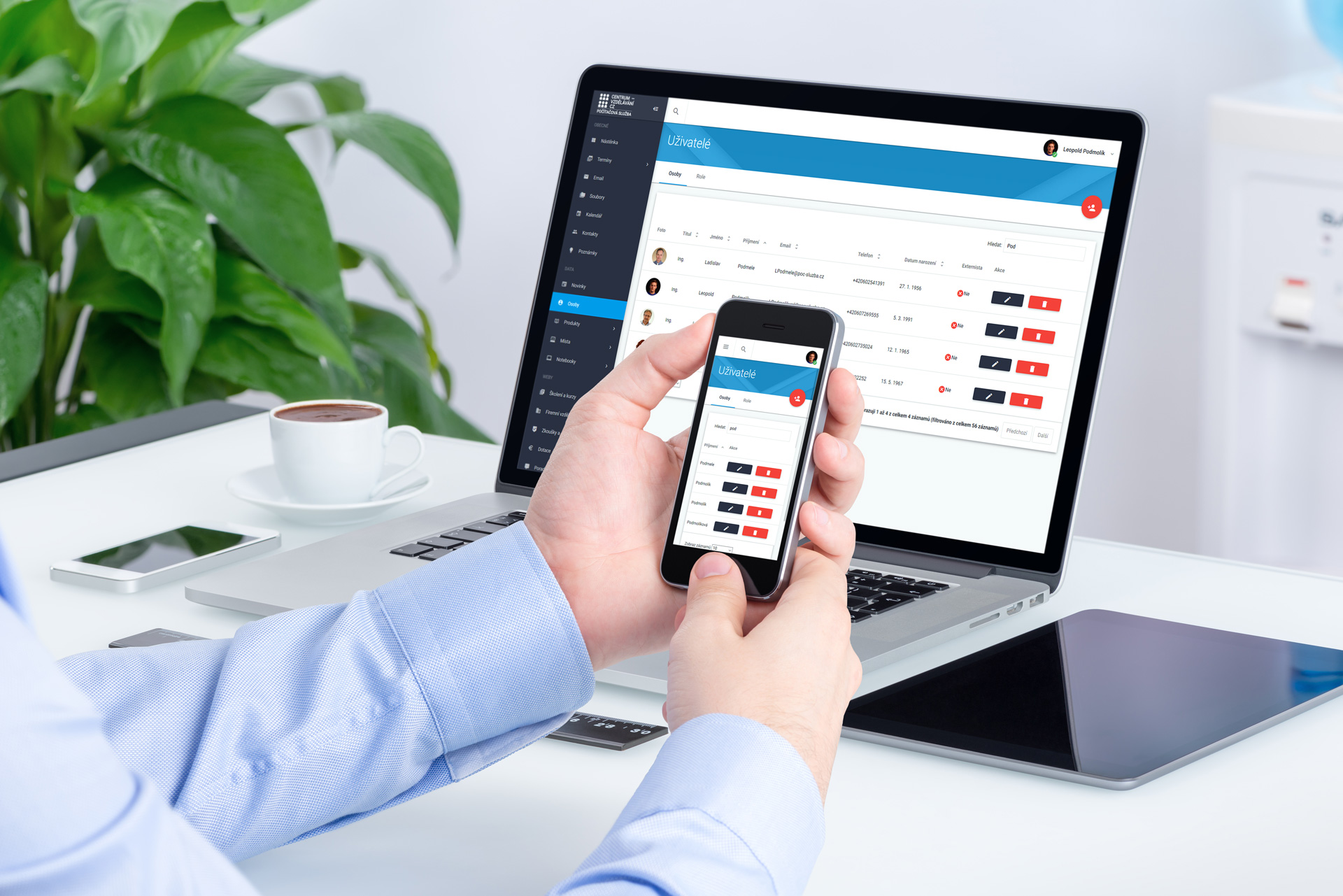 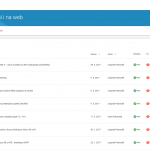 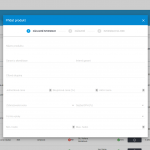 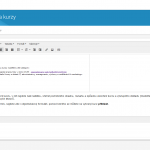 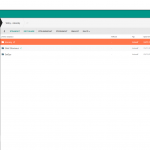 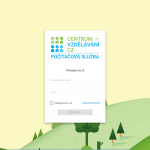 In 2012, work began on the information system for CENTRUM-VZDĚLÁVÁNÍ.CZ for several reasons, one of them was the need to link information of more than 14 branches and another reason was the need to address logistics within the company as when and where the lecturer will be, when the classroom will be occupied and what will be learned where. That is why the first generation of the Information System (IS) was created.

In 2014, the first generation arrived, which not only solved processes within the company, but also brought connections to other applications such as e-mail or cloud storage, so that all files could be shared seamlessly between all branches and e.g. lecturers had email available from anywhere.

In 2016, the last second generation of IS came, which brought newer technological processing and the ability to share data with third parties using a new API and also made it possible to connect other corporate websites so that they can communicate and transmit data.

In 2017, we created a simple mobile application as a supplement to the web application, so that each user can quickly obtain basic information from the Information System that concerns him. And especially the display My calendar, where he sees his activities, according to individual days. Then an overview of dates, where you can see who else teaches in the dates and the like. 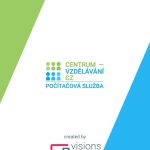 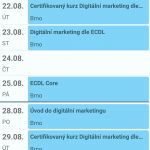 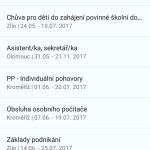 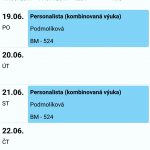 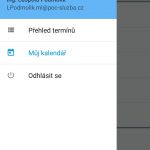 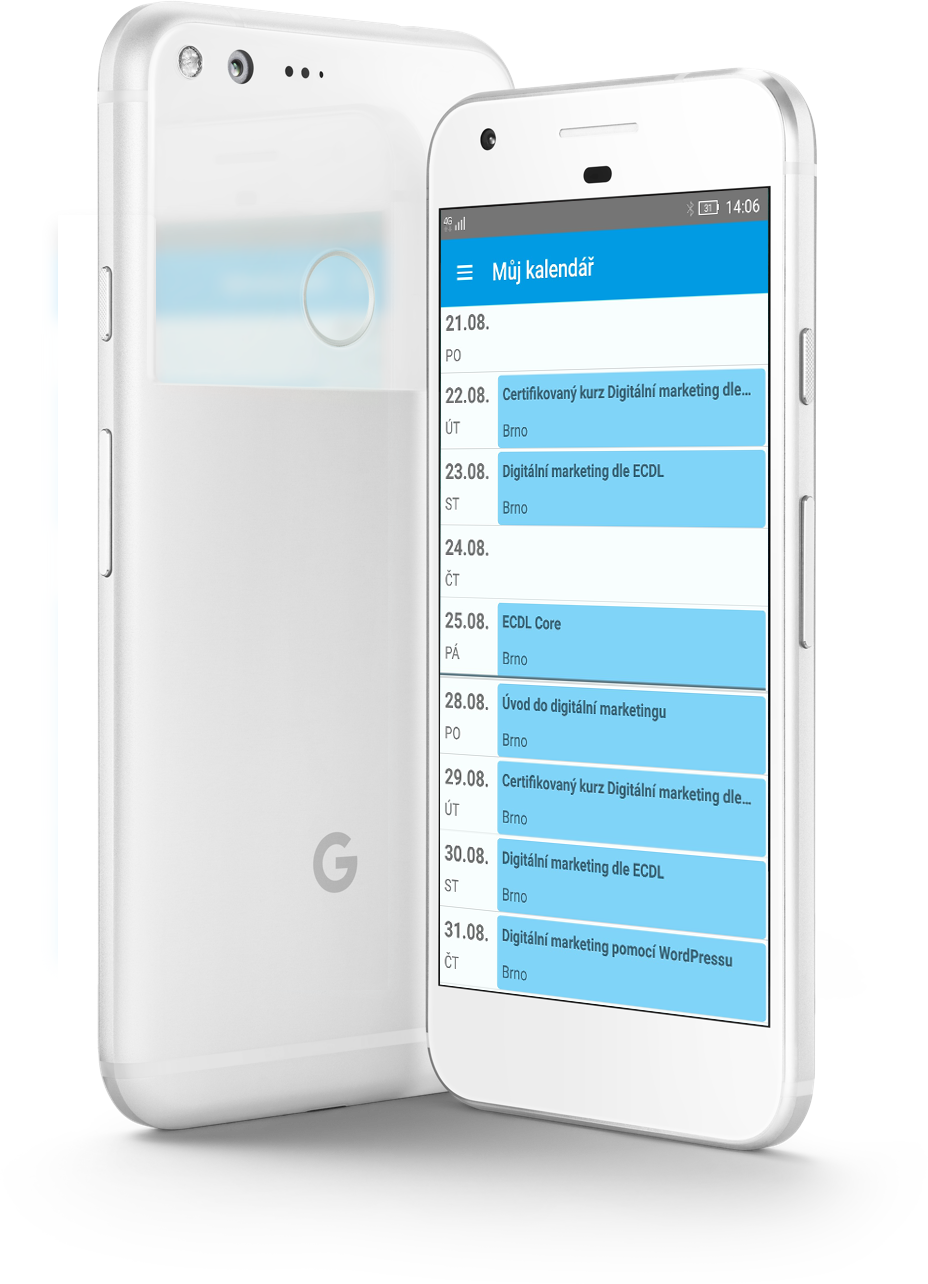 Implementation of a mobile app